Skip to content
Following the path that career aptitude tests had been prodding him to go on for years, John began attending Bates Technical College in 1999, pursuing an Associate of Technology Degree through the school’s court reporting program. He passed the Washington State Certified Court Reporter exam in 2003 while still completing the final requirements of his training. It was during this time that John also had the privilege of performing internships with Pierce County Superior Court and with B&A just before graduating from Bates that same year.
In 2004, John was presented the opportunity to join the many other experienced court reporters who comprise the B&A team. He jumped at the opportunity and has been working as a freelance court reporter for B&A for the last 18 years! In the midst of his career with us, he obtained his Registered Professional Reporter credential in 2013 from the National Court Reporters Association. Today, John continues to take depositions for us daily and is always working to improve his skills as a court reporter. He has many times put his skills to the test in the courtroom as well as several other venues. Just recently, he traveled to Alaska and South Dakota for two trials at the federal court level.
“Rarely do people call us just to tell us how awesome their reporter is/was, but the plaintiff’s attorney contacted us today to tell us that John was an excellent reporter. He was extremely professional, yet very, very nice & he put up with a lot of nonsense in a very classy way.”                              – Quote from client
In his free time, John enjoys spending time with his friends and relatives near and far. He loves learning about nutrition and putting what he learns into practice. He also enjoys spending weekends working on home projects and improvements.
John is always finding ways to better himself as a court reporter and is looking forward to progressing his skills and knowledge in the field. With nearly two decades behind him, he is looking forward to many more successful years with B&A! 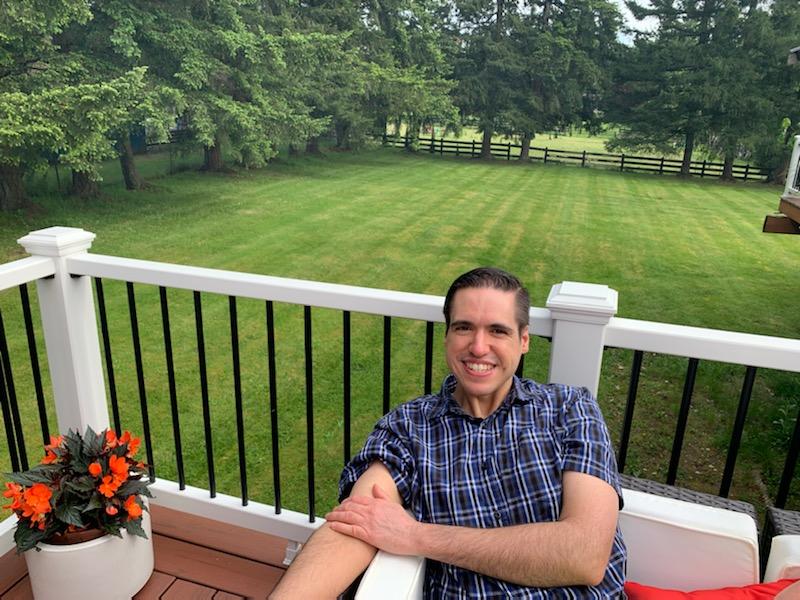